Prior to the scratch, the trolls were a peaceful race, living on the ironically named planet Beforus, with no need for constant violence and war. The species had a caste system where the higher caste trolls would aid and care for the lower (and more populous) castes. The heiress to the Beforan throne, Meenah Peixes, ran away from her duties and hid on the moon where she found a game. Just before the destruction of their race, she and eleven other trolls, inspired by the legacies of their Ancestors, played the game. However, their non-violent culture left them unable to handle the difficulty of the game.In other words the Alpha trolls are the pre-scratch and most of the time you see these trolls they are dead. Which is why they have no pupils in their eyes.

A dancestor is a term coined by Porrim Maryam in the first part of Openbound, and later reiterated by Horuss Zahhak in the third part, that refers to a player's ancestor on one side of the Scratch who, due to changes caused by the Scratch, is a descendant on the other side. Due to the complexities in familial relationships from each player group considering themselves the descendants and their counterpart player group the ancestors, causing confusing terminology, the term originated as a portmanteau of descendant and ancestor as a single simple term to describe the relationship. It is likely that Porrim was referring primarily to troll players, possibly as a reference to the fact that it is not apparently known which set is the biological ancestry of the other. 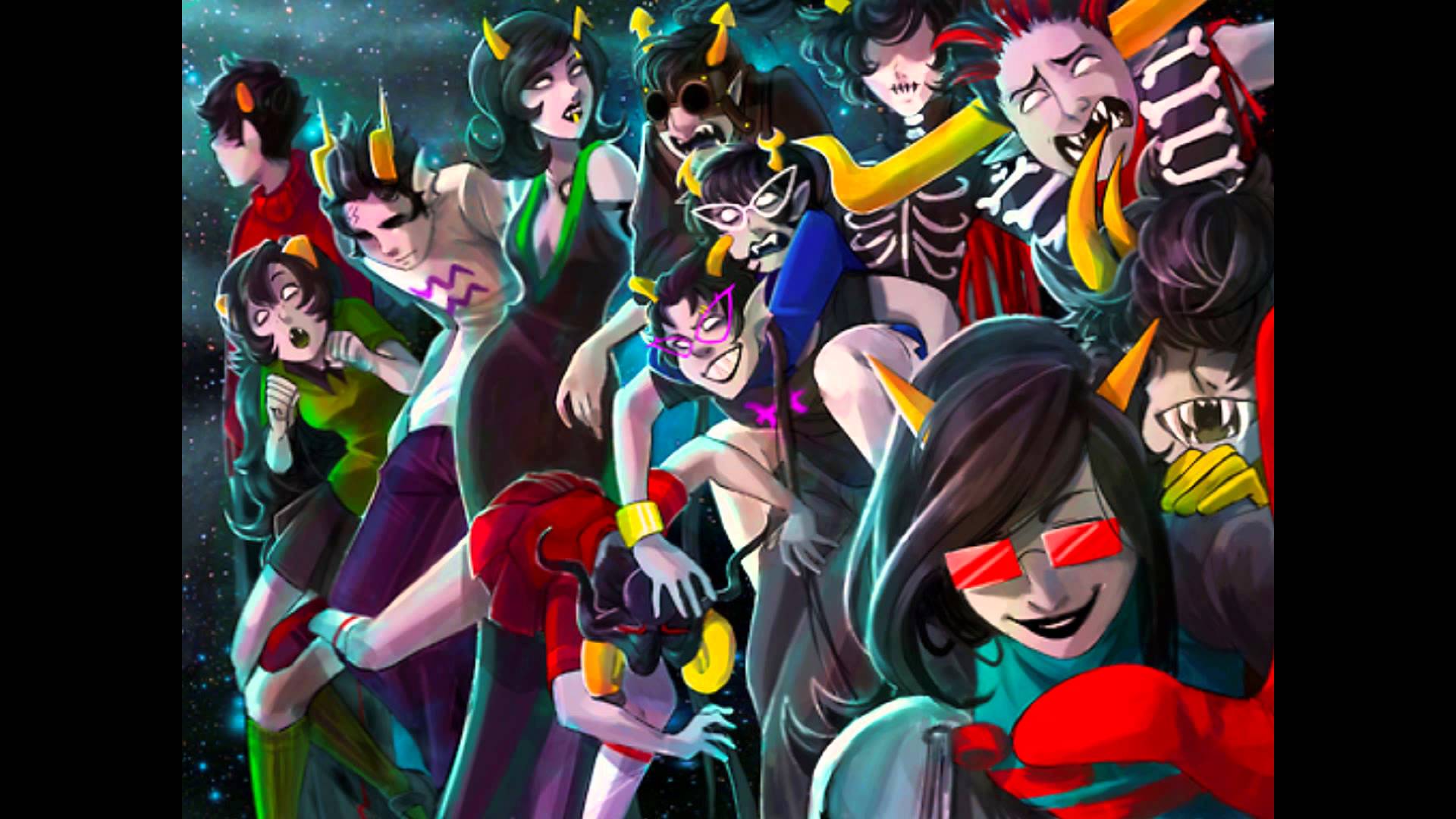 Before their Sgrub session, Damara was a member of the Lost Weeaboos, a guild of tree-dwelling troll otakus living in secrecy in the forest. It was here which she met Rufioh Nitram, and the two eventually entered a flushed relationship, one which ended bitterly for Damara when Rufioh ended up cheating on her with Horuss Zahhak. Despite being deeply wounded by this, it wasn't until Sgrub that she performed an acrobatic fucking pirouette off the deep end. Damara was the Time player of the A1 session, and so her planet in the Medium (which bears a strong resemblance to Aradia's Land of Quartz and Melody) housed the session's scratch construct, the Cardinal Movement. In her efforts to rile up the team, Meenah Peixes took to harassing Damara, particularly on the subject of her former relationship with Rufioh, which ultimately caused Damara to snap. Now feeling thoroughly vengeful, she paralyzed Rufioh from the neck down, causing Horuss to build Rufioh a robotic horse body to compensate; it is also implied by her that she may have killed Horuss at some point. Eventually, she engaged Meenah in a brutal duel, in which she ultimately won and killed Meenah in revenge, this being the cause for Meenah's god tier ascension; it does not appear that Damara was also killed and ascended during this fight, or at least Damara herself would not say if she did. From here, it is implied she began using her time powers to wreak havoc on the session, appearing at various points to sabotage everyone's efforts. The only time she cooperated with the team was when they needed to initiate the scratch, which she performed gleefully. Before the scratch could take effect, Damara was killed along with the rest of the team by Meenah's bomb, ensuring their survival as ghosts in the Furthest Ring.

Much like his dancestor Tavros, Rufioh is a fan of Fiduspawn. According to Meenah, he was born with his wings (or rather, sprouted them upon 'puperty' [sic] i.e. pupation.) Rufioh calls himself a m*tant for it, and according to Aranea, he was an outcast due to it as well. For these reasons, Rufioh admits that he does not have high self-esteem, or not nearly as high as those around him think he does. To avoid the unwanted and negative attention, he went to live in the wooden village, with tree huts and rope ladders, with people who would accept him, known as the "Lost Weeaboos". Or as Rufioh put it, he followed his lusus into the woods instead, where he met Damara and presumably Horuss as well. He was romantically linked with Damara, as well as Horuss at the same time (albeit in secret). Finally, Rufioh broke off the matespritship with Damara, who eventually turned to tormenting him. Rufioh mentions to Meenah one instance in his matespritship with Damara where she left him unable to walk or move, and was so injured that Horuss had to build him a temporary mechanical body (shaped like a horse). This is a callback to Equius stating he wanted to give Tavros a hooven quadrupedal lower torso in Alterniabound. When asked about how he got his normal body back, Rufioh mentions that it involved Horuss kissing his head back to life, probably stand1ng on some mounta1n. Interestingly, despite his own admitted lack of bravery, Aranea mentions he was the most romantically successful of their team (an anti-Cronus) and also the most liked of their team (an anti-her). Meenah even goes as far as to say he was the only one who was ever even close to being cool. During his team's session of the game, he did not ascend to god tier, finding the prospect of killing himself too heavy to face. 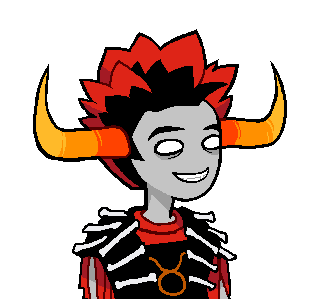 After a mysterious incident in which he is theorized by Aranea to have overexerted his psychic powers, he sustained brain damage which altered his personality and behavior. What happened to Mituna is unknown.The name Mituna was suggested by Archaemic for Sollux. It is short for Mithuna, the Sanskrit name for to the Gemini constellation. The name Mituna also has a strange similarity with the word mizuna, which is a plant in the mustard family, which could link into the fact that Mituna is a (mustard) yellow blood. Mituna was the Heir of Doom in the failed A1 Sgrub session, which took three solar sweeps; it is unknown if Mituna ascended to god tier during this time, a fact which he himself seems uncertain of. As with the rest of their team, he was killed by Meenah Peixes to ensure that they "survived" in the form of ghosts in the Furthest Ring instead of being completely wiped out by the scratch's reset. 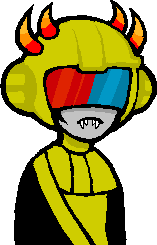